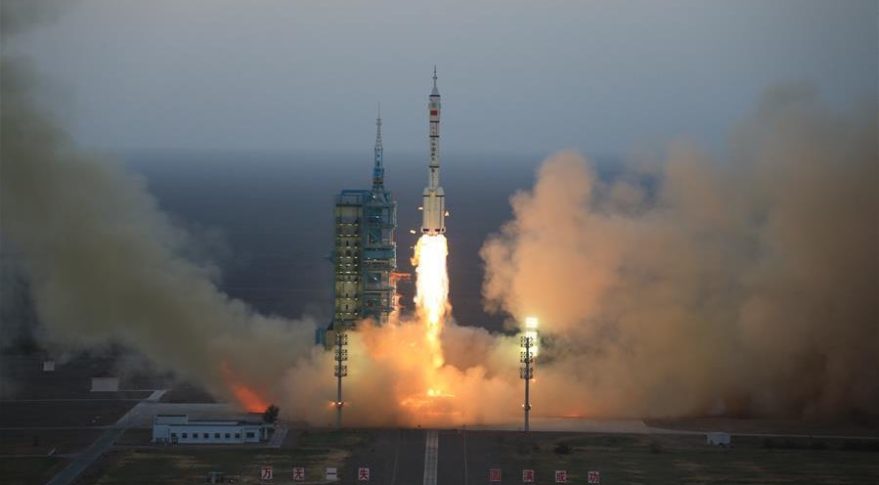 The Chinese spaceplane was launched on a CZ-2F rocket
China

In early September, a small military Chinese spaceplane was launched. Details of the uncrewed flight, which lasted less than two days, were top secret and very little information was released.

The uncrewed spacecraft was launched on September 4 from the Jiuquan spaceport aboard a CZ-2F rocket. This rocket type is primarily used for the needs of the Chinese crewed program. The previous time a CZ-2F rocket was used to launch two Chinese astronauts in 2016. This time, a payload called Chongfu Shiyong Shiyan Hangtian Qi (可 重复 使用 试验 航天 器) was launched, which translates into Reusable Test Spacecraft.

About the mission the Chinese Xinhua press agency gave only a laconic statement.  ”After a period of in-orbit operation, the spacecraft will return to the scheduled landing site in China. It will test reusable technologies during its flight, providing technological support for the peaceful use of space”.

After the mission ended on September 6, Xinhua commented on it as follows. “The successful flight marked the country’s important breakthrough in reusable spacecraft research and is expected to offer convenient and low-cost round trip transport for the peaceful use of the space.”

Despite the double emphasis on its peaceful nature, it was clouded by a very high level of military secrecy. No photos were published of the vehicle’s preparations for flight, nor of its landing two days later.

Because of the extreme secrecy of the flight, most information about the mission comes from analyses of the Chinese space industry. The most important findings are as follows:

In conclusion, with the first uncrewed spaceplane mission completed the Chinese will continue to develop a range of technologies to ensure their dominance in space. This is definitely a dangerous trend, as the military arms race is increasingly involving the space sector.

It is probable that China seems to gain the capabilities that the United States already holds. On the other hand the US military already has a similar spaceplane vehicle. The sixth mission of the X-37B spacecraft is currently underway.

To sum up, China’s next step will be further flights of the vehicle, possibly with a longer stay in space. We should see increased maneuvering capabilities, and perhaps even “inspections” of other satellites. Due to ongoing high secrecy, I would expect more (but scarce) details to appear only once the next mission launches.