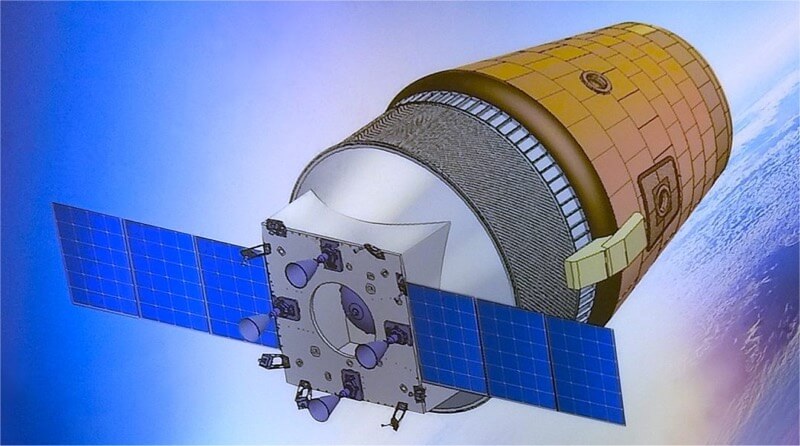 India aims to become the fourth nation to conduct a crewed space mission. So far only the Soviet Union and US managed this achievement in 1961 and 1962. The two were followed by the People’s Republic of China in 2003. The Indian crewed program ambitions could be thwarted by several problems including bureaucracy, political struggles and the COVID-19 pandemics.

Organizing a crewed space mission has always been an enormous and very difficult undertaking. In short, it requires a safe crew-rated rocket launcher, a proved orbital spacecraft enabling the crew to ascent into orbit and safely return, as well as communication and life support systems. A crewed mission is a large and complex project requiring the involvement of tens of thousands of specialists with different knowledge areas.

At some point it was quite close for countries working within the European Space Agency to complete their own spacecraft. Unfortunately, the ambitious plans for the Hermes space shuttle were cancelled in the beginning of the 90s.

So far, India’s participation in crewed space missions has been rather small. In 1984, Rakesh Sharma flew to the Soviet space station Salut 7 for a short stay. Sharma took off with Yuri Malyshev and Gennady Strekalov aboard the Soyuz T-11 spacecraft. The flight of the cosmonauts lasted only a week. The main task of the crew was to repla the previous Soyuz vehicle docked to the Salyut 7 space station.

After a seven-day mission, involving joint teleconferences, a series of Indo-Soviet scientific experiments (as well as attempts to do yoga in space), Rakesh Sharma, Yuri Malyshev and Gennady Strekalov returned to Earth in a different spacecraft. The exchange of Soyuz vehicles, designed for flights not exceeding six months, allowed the Soviet Union to carry out record-long space missions. It also happened on this occasion.

Rakesh Sharma’s crew transferred to the second spacecraft attached to the space station, the Soyuz T-10, and returned to Earth. Three other cosmonauts who originally launched in the Soyuz T-10 remained in orbit: Leonid Kizim, Vladimir Soloviev and Oleg At’kov. The Soyuz exchange made it possible to carry out a record long space flight at that time lasting 236 days.

The participation of India in the mission itself was organized as part of the Intercosmos program. Under this initiative, the Soviets invited befriended countries from mainly the Eastern Bloc to a “guest” and usually one-off space flight. In this way, representatives of countries that do not have advanced space programs found their way into orbit as part of political agreements. In this way, not only Poland (Mirosław Hermaszewski) had its own cosmonaut, but also a number of countries outside Europe, such as Vietnam, Cuba, Mongolia, Syria or even Afghanistan.

On the American side, two Indians can be found in the NASA astronaut corps. The first is Sunita Williams, who has both Indian and Slovenian roots. She has participated in two long duration expeditions aboard the International Space Station. In total, she spent over 321 days in orbit. On a side note, Sunita Williams is one of the few people on the planet to fly the American space shuttle and the Russian Soyuz. She will soon be flying a third spacecraft as the commander of the first operational Boeing Starliner mission. Its flight is scheduled for the summer of 2021.

The other astronaut was Indian-born Kalpana Chawla. After moving to the US and obtaining a new citizenship, she managed to join the NASA astronaut corps. She participated in two flights of the Columbia space shuttle: STS-87 and STS-107. Unfortunately, the second mission ended in a tragedy. As result of damage to the thermal isolation from falling foam during launch, the Columbia disintegrated upon the entry into the atmosphere. Seven astronauts died.

Preparations to start the crewed program

First arrangements to initiate the Indian manned program were started in 2006. The successes of neighboring China were definitely motivating. The Chinese bragged with their consecutive achievements: the first astronaut, the first crew mission, first spacewalk, and experimental space stations. Currently, China is on the final track to launch a multi-module space station. Beijing is also getting ready to implement a crewed lunar program.

India also has imperial ambitions. Yet for most of the first two decades of the 21st century the crewed program did not receive political or financial support. ISRO faced constant changes in the project concept and budget cuts. It even received orders to remove the crewed program from its priority activities list.

There is also no particular reason to be surprised . With India’s vast inequalities and poverty, its space projects focused primarily on application utilizing satellite data, such as agriculture monitoring, weather forecast, telecommunications, satellite navigation, etc. Therefore, it is understandable that the development of such technologies was prioritized, which had a significant impact on a large number of the population – such as satellite enabled televised education in villages without teachers. Gains resulting from conducting crewed missions have a whole range of applications, but mostly for advanced economies.

The return of the SRE capsule

Despite the aforementioned issues, the Indian Space Agency ISRO managed to carry out a part of the preparatory work by using a small part of its own research and development budget. The most tangible achievement at this preparation stage were the flights of the Space Recovery Experiment (SRE) in 2007 and the Crew Module Atmospheric Re-Entry Experiment (CARE) in 2014 .

The aim of the first mission was to test the technologies required to return from orbit. Weighing 555 kg, the SRE capsule has tested in flight such elements as avionics, communication systems, thermal protection tiles, parachutes and also the procedures for capsule recovery.

SRE was placed into a circular orbit at an altitude of 637 kilometers. After 12 days, the capsule successfully maneuvered into the atmosphere and landed in the Bay of Bengal. The collected data and experience from the mission allowed the ISRO to continue conceptual work on the new manned vehicle, called Gaganyaan (Sanskrit गगनयान, Sky Craft).

Flight of the mockup spacecraft

The second major test was a short, suborbital flight of the CARE capsule. It simulated the capsule return of the Gaganyaan spacecraft from orbit. The experimental vehicle was very similar in mass and shape to the Gaganyaan lander.

CARE was launched as the first payload of the GSLV Mark III rocket (also a test flight!) to an altitude of 126 kilometers and soon began to fall towards Earth. By the time the capsule deployed the parachutes, the capsule’s protective heat shield was heated to about 1,000 degrees Celsius. The short flight, lasting nearly 21 minutes, was a huge success. The CARE capsule was recovered from the Bay of Bengal. Data collected during the short flight allowed to gather more necessary measurements necessary for the construction of the actual spacecraft.

On August 15, 2018, the crew program regained new momentum. At a special press conference to mark the Independence Day, Indian Prime Minister Narendra Modi announced the approval for the Indian Crewed Program. The astronaut flight in a Gaganyaan spacecraft was to take place in 2021, as part of celebrations commemorating the 75th anniversary of India’s independence. A program budget of approximately 1.5 billion USD was also promised.

In 2018 an astronaut training center in Bengaluru was also inaugurated. It conducted the initial screening of 200 military pilots, selecting at first 12 trainees and later narrowed that number down to 4 astronaut candidates. In February 2020, the candidates started the next yearlong stage of preparations at the Yuri Gagarin Cosmonaut Training in Star City, Russia.

However, the training schedule of the Indian astronaut candidates was interrupted by the global COVID-19 pandemic. As the result of the lockdown, the Cosmonaut Training Center was also closed. The candidates were taken to a hostel, where they waited for the situation to improve. At the same time, due to bureaucratic problems, they did not receive any salaries or allowances in March. Paperwork restrictions did not even allow their families to come to Russia for the duration of the training.

The crewed program itself has a much bigger problem. In the last budget distribution, despite the promises of Prime Minister Modi, ISRO received only one-third of the funds planned for the implementation of the crewed mission (only 180 instead of 639 million USD were allocated).

Since March this year the vast majority of ISRO’s activities were suspended due to the pandemic. To conclude – this means that the program will soon face pressures from schedule, budget and resources. This is a bad combination for any project, especially as complex as a crewed flight. It would be good to ensure the astronaut launch and return in one piece. Especially when their mission is supposed to be the highlight of large independence festivities.