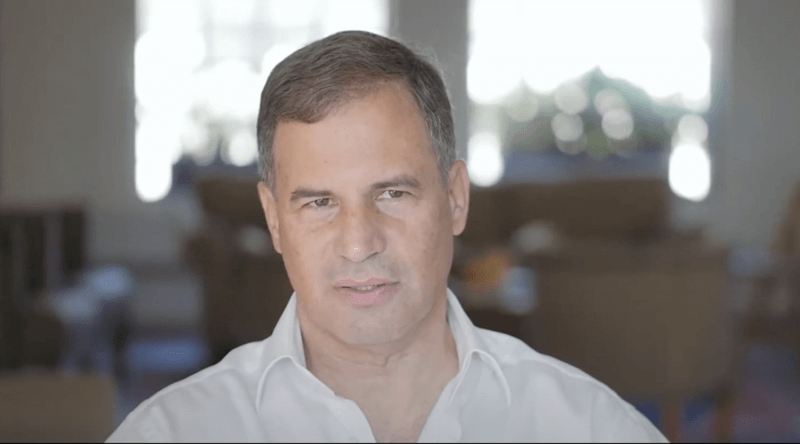 The second Israeli astronaut will be Eytan Stibbe, a multi-millionaire and former military pilot. In October 2021, he will fly to the International Space Station as part of the SpaceX Axiom Space-1 tourist mission.

The flight of Eytan Stibbe was announced on November 16th, 2020 in the presence of the President of Israel Re’uwen Riwlin and Tal Ramon, son of the tragically deceased Ilan Ramon, Israel’s first astronaut. Eytan Stibbe is 62 years old. For 33 years he flew in the Israeli Air Force fighters. Stibbe served in the 117th squadron previously commanded by Ilan Ramon. He is the co-founder of the Vital Capital Fund focusing on investments in sub-Saharan regions. In addition he is also a member of the Ramon Foundation supporting the best Israeli research projects.

He will fly as one of four crew members of the SpaceX Crew Dragon capsule. Stibbe paid 55 mln USD for a weeklong flight aboard the International Space Station. The American company Axiom Space will be conducting the mission.

The first flight of an Israeli astronaut took place in 2003. Ilan Ramon, a Colonel in the Israeli Air Force, participated in the STS-107 mission of Space Shuttle Columbia. The flight, which lasted more than 15 days, ended in a disaster in which the entire crew died. The tragedy was caused by large damage to the thermal protective tiles during launch. It led to the shuttle disintegration during re-entry into the atmosphere after completing the mission.

The Columbia disaster suspended the construction of the International Space Station for over two years. NASA has also put procedures in place to inspect and repair the shuttle’s heat shield in space. The disaster also accelerated the plans to retire the space shuttles from service (the last flight took place in 2011). It also initiated the construction of new-generation crewed capsules (Orion, Starliner, Crew Dragon).

The Axiom Space-1 tourist mission will be led by Michael López-Alegría. He is one of the most experienced US astronauts. López-Alegría took part in four space missions. During his first flight (Columbia, STS-73) he conducted scientific experiments in the USML-2 laboratory located inside the shuttle cargo bay. The remaining three missions López-Alegría spent on board the International Space Station (STS-92, STS-113, Soyuz TMA-9). During his last visit, he was the commander of the station’s Expedition 14. In total, he spent 257 days in space and completed 10 spacewalks.

After retiring from the US space agency, he joined Axiom Space. The company, founded by former NASA employees, plans to commercially use the potential of the ISS, and ultimately build its own small space station. The Axiom Space-1 mission will be the first flight with space tourists organized by this company. So far, the Space Adventures company has been involved in the organization of tourist flights to the ISS. Unlike Axiom Space, it organized missions taking place on Russian Soyuz vehicles. While several space tourists have already flown to the ISS, in this case it will be the first celebrity mission. The most famous crew member will be Tom Cruise. The prominent actor will shoot the first Hollywood movie on board the ISS. It will be coordinated by film director Doug Liman, the fourth member of this crew.

Additionally, it is worth noting that Eytan Stibbe’s mission will take place before the second space flight of an astronaut from the United Arab Emirates. A six-month flight of the Arab astronaut is scheduled for October 2022. Two UAE citizens are currently training to fly on the Soyuz spacecraft: Sultan Al-Neyadi and Hazza Al-Mansoori. It has not yet been decided who is to go to the ISS.

Joel W. Powell and Lee Robert Caldwell of the Space Shuttle Almanac website, who are well informed on current space crew assignments, suggest that actually both astronauts will participate in the same mission. Thus, it can be claimed that Eytan Stibbe’s flight will take place as part of a small astronaut space race between Israel and the Emirates.

The rivalry of both countries also continues on the level of space exploration. While the Emirates have already launched their first Martian mission, Al-Amal, and announced the flight of the Rashid lunar rover in 2024, Israel failed in 2019 to land their Beresheet lunar mission. The flight of the next Israeli lander is currently in the initial planning phase.

Certainly, there will be more exciting space missions from the Middle East in the future. I speak more about the Emirati plans in the first two episodes of the OrientSpace podcast (# 1, # 2, in Polish language).