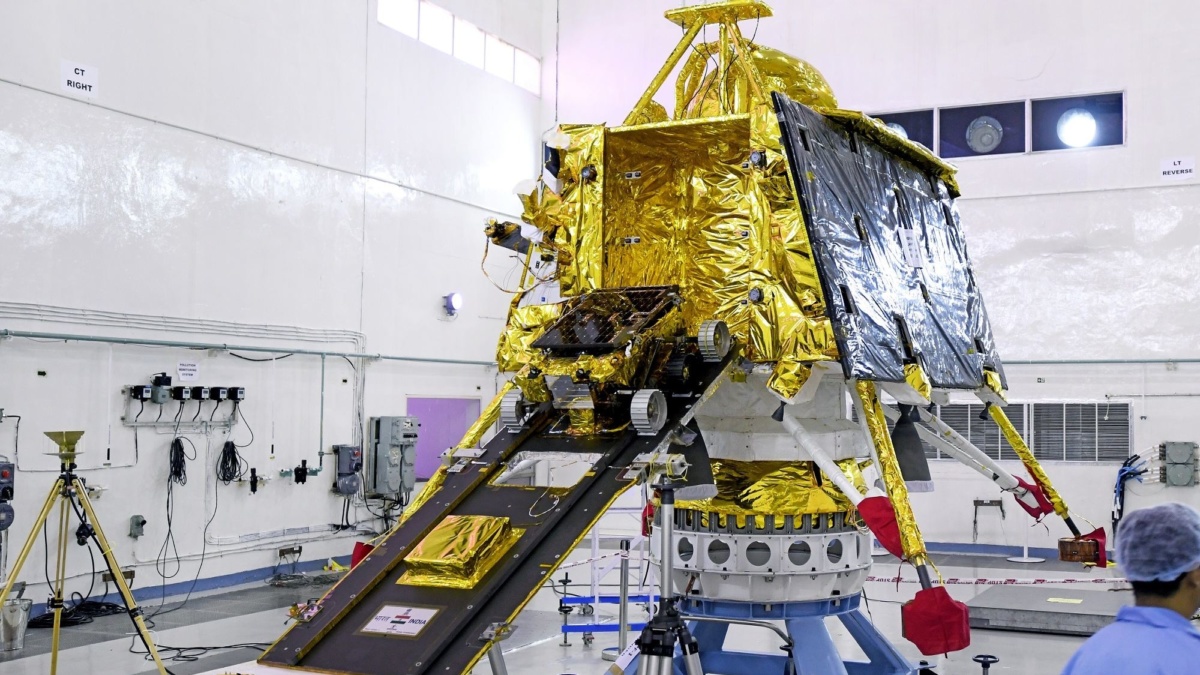 The first years of the 21st century saw China, Japan and India consecutively launch dedicated lunar research missions. The Chinese Chang’e 1, Indian Chandrayaan-1 and Japanese Kaguya missions all conducted remote observations of the Moon between 2007 and 2008. One could claim that a small lunar race was getting started. Although on the long-term China have successfully gained a lead in the exploration of the Moon, in this post I would like to focus on the Indian achievements.

India began the Chandrayaan lunar programme in 2003 (Chandrayaan refers to “Moon vehicle” in Sanskrit). The aim of the initial mission was to place an Indian probe around the Moon’s orbit. In the preceding century this goal was only achieved by three nations: the Soviet Union, United Stated and Japan.

The first Chandrayaan probe reached lunar orbit in 2008 and gathered observation data for 312 days, completing most of its scientific tasks. The mission was conducted for a very “moderate” price tag of 54 mln USD. In comparison, the production of the Hollywood blockbuster movie “Gravity” with Sandra Bullock in the lead protagonist role had a higher overall budget.

Work on the next Chandrayaan mission (Chandrayaan-2) started at the end of the first decade. Initially the Chandrayaan-2 mission was to be conducted as a joint project with the Russians, who were to provide a lander. In the end India decided to fund both the lander and orbiter by their own means. This decision was taken after a set of delays from the Russian partners. The design of the Russian lander was based on the Phobos-Grunt architecture which intended to land on one of the two moons of Mars. But Russia’s first interplanetary mission after the fall of the Soviet Union, the mission carrying the Phobos-Grunt lander unfortunately, landed… on the bottom of the ocean.

The launch of the second Indian lunar mission occurred in July 2019. Reaching the Moon took another month and the landing attempt itself was made in September the same year. The Chandrayaan-2 mission included the Vikram lander and Pragyan rover. Landing was planned on a plain region between the Manzinus C and Simpelius N craters about 600 km from the lunar South Pole. Unfortunately, the last stage of the landing approach did not go according to plan. Telemetry received from the lander showed that at a deviation from the mission plan occurred at an altitude of 2.1 km above the lunar surface.

Later on, radio signal analysis showed that both the Vikram lander and the Pragyan rover crashed into the lunar surface with a velocity of about 180 km per hour. A livestream during that time from the Mission Control showed sad faces of the team when they were told about the outcome of the landing attempt. Prime Minister Narandra Modi was present during the event and tried to comfort the employees of the Indian Space Research Organisation. Yet the key element of the Chandrayaan-2 mission was lost.

Due to the failed landing attempt India did not join the elite club of nations which have placed a working spacecraft on the surface of the Moon. This achievement remains with the US, Soviet Union and China. In 2019 Israel also tried to send its own lunar lander mission named Beresheet. In that case the lander also failed to land on the moon.

Plans for a follow-on mission

News regarding a follow-on mission soon came from India. At the end of 2019, information surfaced regarding discussions of a joint mission by the Indian and the Japanese space agencies. The intended mission dubbed the Lunar Polar Exploration Mission aims to land a rover on the lunar south pole. Within the context of this mission Japan is to provide the launch vehicle and the rover whereas India is to provide the spacecraft for the rover. Before the ambitious plan can go further additional budget will have to be allocated.

The Director of the Indian Space Research Organisation Kailasavadivoo Sivan announced on January 1st 2020 that the third Indian lunar mission (Chandrayaan-3) has received 6.15 bln Crore (about 90 million USD) in funding by the Indian government. This amount would fund both the lander and rover with a launch date of the mission set for 2021. Such an early launch date suggests that existing components and solutions from earlier missions will be re-used for this project. More details regarding Chandrayaan-3 are yet to be published. Considering the ambitious schedule of the Indian space exploration agenda in 2020 (including its human spaceflight programme), more updates are expected within the coming months.