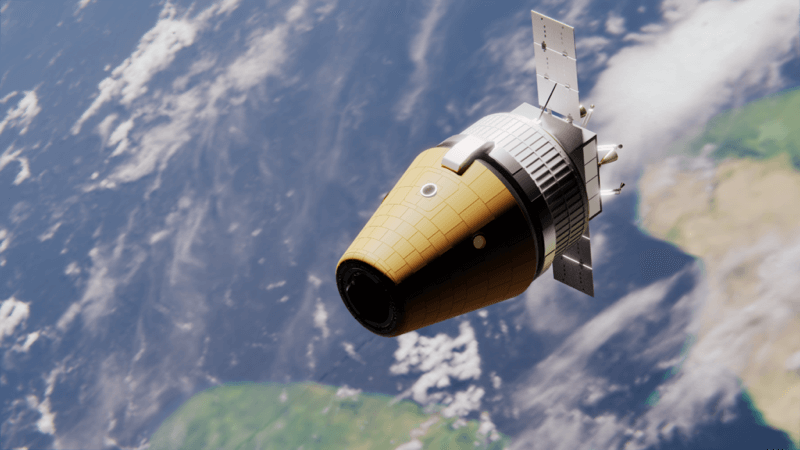 The ongoing coronavirus outbreak will delay preparations for India’s first crewed spaceflight. According to the most recent schedule the inaugural, unmanned flight of the Gaganyaan capsule will take place at the earliest at the end of 2021.

India intends to become the fourth country capable of organizing a crewed flight on its own. The Soviet Union and the United States were the first to achieve this feat in the 1960s. China was able to gain this superpower capability in 2003. India also wants to join the crewed spaceflight club. However it has to deal with budget issues, bureaucratic problems and the coronavirus epidemic. You can read more about the previous issues facing the Indian crewed program in this article. <link>>>>

Future Indian astronauts will go into orbit aboard the Gaganyaan spacecraft. But before they will circle the Earth, their vehicle will have to be thoroughly tested. The program assumes to conduct two unmanned capsule tests before the human rating safety requirements are met.

The original schedule assumed two unmanned test missions in December 2020 and July 2021. However, the coronavirus outbreak thwarted these plans. Currently, the first flight of the Gaganyaan capsule has been postponed to December 2021. A second test flight would follow in 2022. With the Gaganyaan program India is racing against time. The goal was to conduct a crewed flight before August 15, 2022, i.e. the 75th anniversary of India’s Independence. In the current circumstances, it seems likely that the deadline may not be met.

The Gaganyaan capsule will be able to hold up to three astronauts. It will be able to stay in orbit for up to seven days. Similar as in the case of China, India hopes to build a small space station after its first manned flight. It will be a single module weighing about 20 tons, which will allow to conduct longer missions. However, those far-reaching plans will depend on the scope of political support and – of course – the available budget.

Facing the recent delays, on November 16th, the Indian space agency also announced the first (though so far modest) successes of the crewed program. The L&T company delivered ISRO with the first element of the GSLV Mark III rocket intended for the debut flight of the Gaganyaan capsule. More specifically, we are talking about one of the sections of the S200 solid rocket booster. Similar as in the case of the American space shuttle, the GSLV Mark III rocket will be supported by two solid fuel boosters.

The delivered S200 booster section has a diameter of 3.2 meters, a length of 8.5 meters and a weight of 5.5 tons. Some components have been redesigned to meet the increased human rating safety requirements for the Gaganyaan program. The fully assembled S200 boosters will be 25 meters long and will be filled with 205 tons of fuel.

So far, there have been four flights of the GSLV Mark III rocket. In the first one, a sub-orbital flight, the CARE capsule was tested to test technologies for payload recovery from orbit. The second and third flights lifted the Indian telecommunications satellites GSAT-19 and GSAT-29. In its fourth flight, the rocket launched the Chandrayaan-2 lunar mission. Before a GSLV Mark III flies with the Gaganyaan capsule, ISRO will conduct two more launches. It will lift the Chandrayaan-3 lunar mission and the GSAT-20 satellite.

In conclusion, the coronavirus epidemic has more or less affected the schedules of space projects around the world. In the case of India, it seems likely that their crewed program will continue its development. It is not just about the 75th Independce Anniversary. The actions of neighboring China also affect India’s long-term plans. And they have a clear purpose: the Moon. India needs to follow to develop a crewed program to maintain its regional power status.