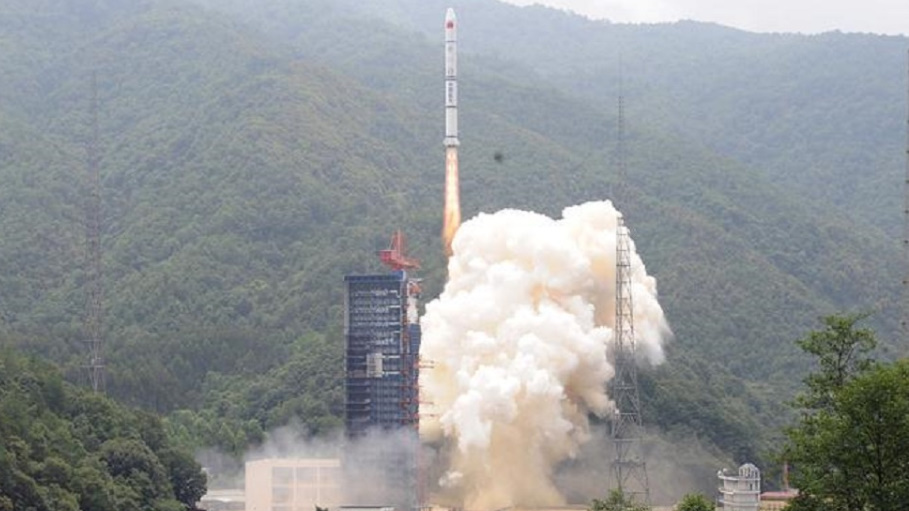 On the 24th of March a CZ-2C rocket was launched from the Xichang spaceport (西昌) with three Yaogan Weixing satellites (遥感卫星), which translates as „remote viewing satellites”. This was the first successful Chinese launch since a failed flight of the CZ-7A rocket.

Yaogan is a very broad term encompassing several kinds of satellites utilized by China for both civil and military purposes (a term also known as dual use). Starting from 2006 over 60 Yaogan satellites were launched into orbit. Some of them provide regular Earth observation services in visible bands. Those satellites are utilized for such applications as disaster management, agriculture monitoring, and last but not least intelligence analysis. Some Yaogan satellites conduct observations in radar bands (SAR), which allows them to see the surface of the Earth even below the cloud cover.

There are also Yaogan satellites used for electromagnetic signal monitoring. By using such satellites one can easily determine the location of vehicles or other objects communicating by radio. Therefore they are a very helpful asset used to observe ship movements at sea.

The most recent Yaogan launch occurred on a CZ-2C rocket on 4:43 a.m. European time. Three satellites listed as Yaogan-30-06 reached a near circular orbit at altitudes of 591 x 602 km and inclination of 35 degrees. This was already the sixth group flight of a series of Yaogan 30 satellites. The launch featured a concise and very short press release from the Chinese governmental CCTV agency confirming a successful launch. A short description mentioned that the satellites „will be used for electromagnetic environment detection and related technological tests”.

The rocket launch, as seen on the video above was conducted during a special enforcement regime during the COVID-19 pandemic. Although most spaceports in the world were locked down (and were right to do so!), those restrictions were not applied to the Chinese military.

Satellites from the Yaogan-30 series were constructed in the Small Satellite Center belonging to the Chinese Academy of Sciences. Analytic reports suggest that the Yaogan-30 series name is used as a cover for a dedicated satellite constellation called Chuangxin-5 (CX-5). The Chinese Navy is probably using it for electromagnetic intelligence, in order to identify the position of ships on the sea by locating their radio signals.

All satellites from the Chuangxin-5 constellation launched from the Xichang spaceport onboard CZ-2C rockets. Each launch placed three new satellites under the Yaogan-30 name into orbit. The table below shows the launch dates for each constellation triplet.

Chuangxin-5 satellites are characterized by a high revisit time. This means the time how often a satellite of the constellation is flying over a place on Earth. It is more clearly visible on the animation below from the SatelliveObservation.net blog. This ground track animation was created for a constellation of only 15 satellites.

The aforementioned constellation’s low orbit inclination means that the satellites will fly up to the 35° north and south latitude. Their path will cross over areas strategically interesting to the People’s Republic of China: Taiwan and the South China Sea as well as the southern part of Japan.

The SatelliteObservation.net blog suggests in its analysis, that a constellation of 39 satellites will be able to provide full electromagnetic signal monitoring cover for every object between 35° north and south latitudes. In other words, with such constellation in place, over each place in the region would at least one satellite would be listening.

In conclusion, it can be expected that in the coming months and years Chinese military services will launch follow-on Yaogan-30 / Chuangxin-5 satellites.